The Mastermaze is one of our older projects, the origins of which date back to the 1970s. It is a game for all ages from 5 upwards that involves rolling a ball bearing around a track whilst trying to avoid the holes along the way. This is done by tilting the game in various directions to keep the ball on the track, and prevent it falling down a hole on the way to the centre.

Back in the 1970s we were approached to assist with one of the components of the game, as there were problems in manufacturing the track. We changed the material used and modified the tooling to solve the problem. We then manufactured the track in house in the UK for the client. This enabled the game to be sold in relatively small numbers in the late 1970s.

By 1980 we re engineered the Mastermaze to be manufactured by ourselves in higher volume. At the time the game was made using a wooden frame, and a vacuum moulded track with hardboard back. The first model was the MC100 as shown on the left. Once this model was released it sold very well locally creating a craze on a par with the Rubiks cube in the local area. Once people had mastered how to get to 100 in the centre of the game without falling down any of the 99 holes on the way, the task was then to see whether the player could get back to zero again by rolling the ball from the centre back to the start. The score would then be how many times the player got to the centre and back, or alternatively how long it took!

Within the next few years two more models were launched to keep up with the demand for a more difficult variant. This started with the model MC250 which had 249 holes and the centre being 250. There then followed a MC501 model, with you guessed it had 500 holes! The MC250 model was certainly achievable to get to the centre, although much more difficult than the MC100. The MC501 on the other hand, we do not know of anyone who completed this, unless anyone knows different?

A while after the initial 3 models were launched a smaller model was introduced, the MP90 which had a plastic vacuum moulded frame, and no wood in order to reduce the production cost.

During the 1990s the production costs for the game became too high with its now more dated manufacturing techniques, which meant that there was then not enough margin for sale through wholesalers and retailers.

As such in 2000, our designers set about re engineering the game using more modern injection moulding techniques. This required some significant investment in tooling, but greatly reduced the manufacturing costs. At the end of this we launched the Mastermaze 101, which had a track layout the same as the original MC100, however with 1 extra hole added!

This particular product we do not have a testimonial from a 3rd party, as our designers ended up taking on the project themselves, and as such we invested our own money in tooling and production. The success of the Mastermaze however I believe is more than proven, by the sales of many thousands all over the country through many of the leading high street retailers. 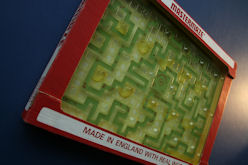 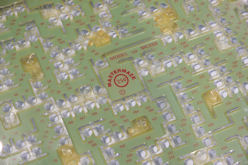 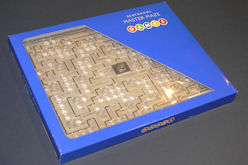 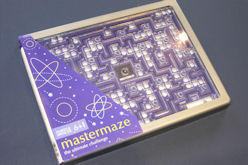