Iceblading in the Dragons Den

KCO Ice skating have just slayed the dragons and come away with £100,000 investment from Theo Paphitis for their "Dry Ice Blade"

Karen ONeil and Karen Coombes started the process of looking for investment in their Iceblading venture by first sending a business plan to the popular BBC TV show Dragons Den. This was only the start, as after only a few weeks had gone by, the Karens received a call from the BBC inviting them to come for auditions. After these followed many questions and forms to be filled in for the shows researchers. The result of this was being invited to pitch in front of the five Dragons, James Caan, Duncan Bannatyne, Deborah Meaden, Theo Paphitis and Peter Jones, for the 7th series of the show.

Both the Karens appeared in the 4th program of the series, and pitched their Dry Ice Blade which they had developed with Applied Product Design, by starting with a fantastic demonstration of the blades in use as Poppy, Leslie and Corrina performed a flawless routine.

This followed with the usual barrage of questions, where one by one the first 4 Dragons declared themselves out. Theo however could obviously see the potential in the Dry Ice Blade, the Karens and their company KCO Iceblading Ltd. With the addition of an endorsement from the National Ice Skating Association (NISA) and the Patents that Applied Product Design had written, Theo declared himself in to the tune of £100,000.

KCO intend to use this money to invest in tooling and stock with the aim of having product for sale in time for Christmas. They hope that Theos input in the project will help it to become the next big fitness craze, and the "must have" Christmas present for later this year.

If you would like to get your hands on your own "Dry Ice Blades" and try your hand at Iceblading, then please follow this link to the Iceblading website!

If you would like to see Karen ONeil and Karen Coombes in action in the Den, then please see their pitch by viewing it on iPlayer 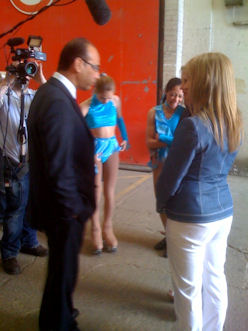 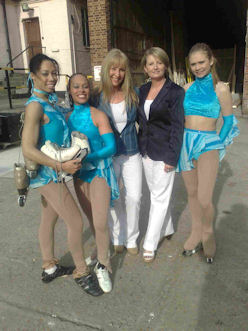